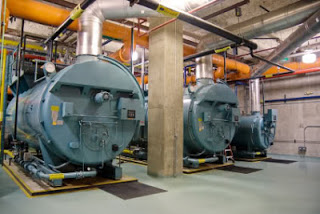 What has Obama’s 2nd Term Meant for Regulatory Compliance: The Impact for the Manufacturing & Energy Industries

Since the start of Obama’s reelection campaign last fall, federal agencies and the White House sidetracked the enactment of dozens of major regulations that cover everything from power plant pollution to workplace safety in an effort to quell charges that Obama has been an overzealous regulator.  With the administration now confirmed for a second term, the White House and emboldened federal agencies are again moving forward.  So what kind of changes in regulatory compliance can organizations operating in the U.S. anticipate over the next four years? If the administration’s past and present policies are any indicator, here’s what to expect:

Let’s take a look at some major regulations coming down the pike that policy-makers expect will impact the manufacturing and energy industries in Obama’s coming term:

Since Obama took office in 2008, the administration has decreased the number of permits and leases for drilling oil and natural gas while tightening regulations for drilling operations.  Comparing the first 3 years of the administration’s term to the last 3 years of the Bush administration, there has been a 42.4% decrease in the number of leases granted for oil and natural gas drilling on federal land. While the federal government has become more stringent in approving lease and permit applications, the administration also appears set on a course to tighten regulations for those approved to drill.  Take for example proposed rules released by the Interior Department last May that seek to further regulate hydraulic fracturing or “fracking” operations on federal lands. Under the proposed rules the government would require companies to get approval before using hydraulic fracturing, reveal the chemicals they used in the process and conduct frequent mechanical integrity tests to ensure that the wells can sustain the pressures expected during fracking.

As a result of current ambiguity in federal U.S. water management codes marked by several pending lawsuits in federal court, the administration is poised to clarify and strengthen codes for water management, specifically the Clean Water Act—the main water-pollution control act in the United States. Likewise, in 2013 the EPA has implemented new rules to the national stormwater program to reduce stormwater discharges from newly developed industrial sites . These new rules have likely affected industrial facilities with added construction cost and government audits to comply with regulations.

The Obama administration remains likely to implement long-delayed emissions regulations for industrial boilers that are commonly used by chemical makers. The centerpiece provision,  MACT (Maximum Achievable Control Technology), was proposed in 2004 but effectively shot down by courts before the EPA revived it in 2011. Under this centerpiece rule, industrial facilities would face stricter emissions limits for mercury, lead, cadmium, carbon monoxide, and other toxins. Industrial facilities would also be required to perform stack tests and consistent monitoring along with annual inspections of emissions control equipment.

Industrial organizations operating in the U.S. will be faced with compliance with the federal government’s  “Hazard Communication Standard” as the finalized rule is set to go into effect at the end of 2013.  Under modifications to the rule, employers who produce or import hazardous chemicals will be required to re-label and provide employees training to enhance worker comprehension of chemical hazards and provide access to safety information.

If the administration’s current course is any indication for the future, organizations affected by regulatory compliance should expect an emboldened administration to enact tougher regulations and federal agencies to more rigidly enforce them. Affected organizations should additionally prepare for added cost of regulatory compliance that will undoubtedly ensue as a result.